Man it's been a while since I dumped a load of work in here on a saturday. Last thing I posted was a load of work on dungeon switch puzzles in March!

I wasn't happy with how I was basically using teleporters on the edge of the screen to warp you to rooms instead of having some sort of real layout so I got the game loading the next room off a table. There's also some stuff set in place to have each area have it's own background music and stuff. Also as you can see in the gif, if you walk into an empty area of the map ([x,y]=0) you will just loop back. I don't remember if that was on purpose or not, but I hope someone exploits it tbh.

Immediately after this I tried to start the Awful Jam in March after working a crazy mid-term week (I'm a body-piercer so mid term is...frustrating) and not sleeping due to my neighbours for about 5 days straight. I got a day into the Jam, and just fell apart, I've genuinely never felt like it before. I wasn't tired but I just.. couldn't work? Anyway I'm not posting this because I feel bad or anything (though it was a real shame to not be able to work) but yeah, call it fatigue or burnout or whatever, but I feel like its the kinda thing we're supposed to not let people to see as hobbyists or full timers, so I'm mentioning it.

So yeah I took like 2 days off. It honestly took me that long to make myself quit the jam, and figured messing with this project would at least be kinda productive. So I did what I always do and changed resolution mid way through a project.  I felt the world map's rooms were too small, and that dungeon rooms were too rectangular, so I finally settled for borders on a larger screen to get both a large area and a square shape. I'll do some border art later for fun.
This led pretty naturally to me wanting to have different sized rooms, so now I have large dungeon rooms and smaller boxes, that correctly offset you when you enter them thankfully. Linking the tweet cos the gif is massive.
https://twitter.com/Shoehead_art/status/1113484115322507264

That got finished at the start of April and that was the last I could manage for ages until this month, when I tried to get back into things.

I fixed my walk cycle:

I put in an examine prompt so you can look at objects instead of talking to them:

I started laying out some maps, as well as writing some script stuff which is harder to show off: 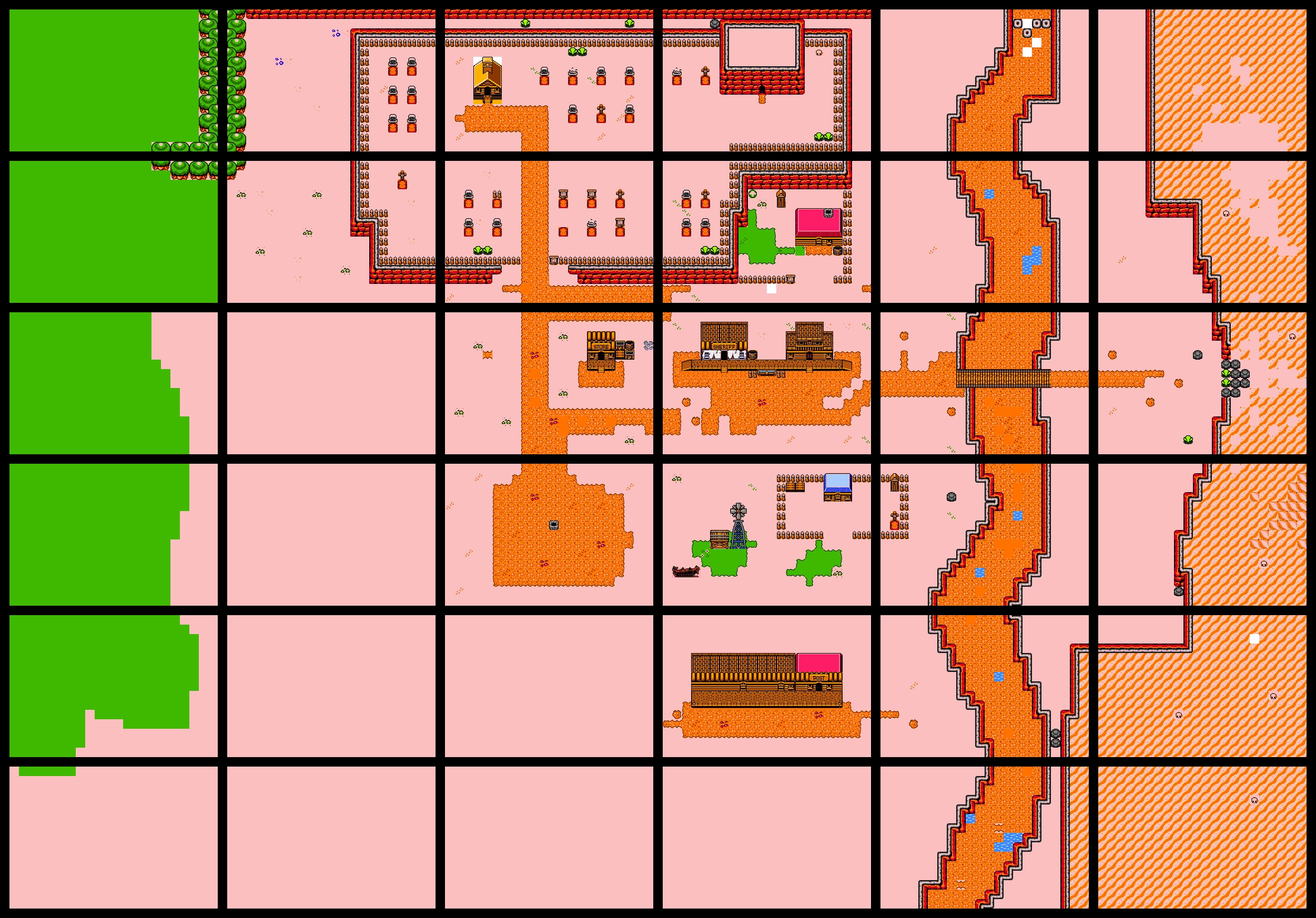 Some animation for the introduction:

The inside of the jailhouse you start the game in: 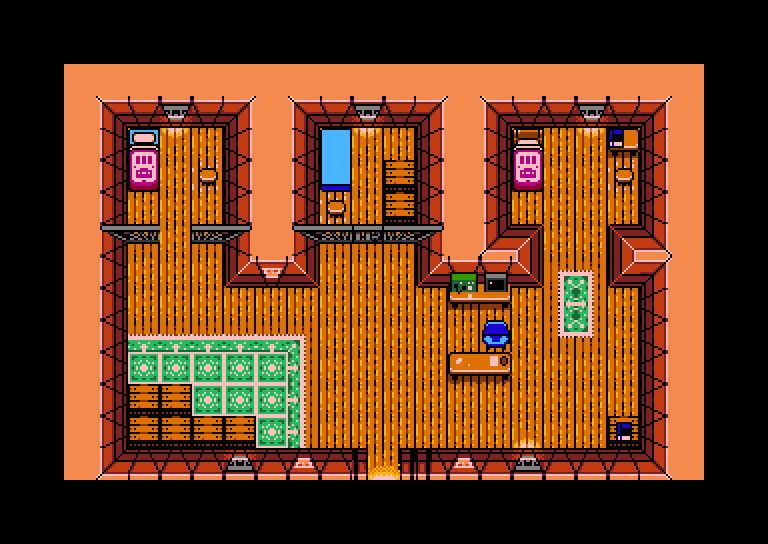 There may or may not be a whole thing about your partner who you came out west with, not sure yet but this is how they look atm. I'll be leaving it a bit vague as to your relationship with the two humans, your brother, your lover ect. And then because I wanna include as many people as possible you might have also come out west with your cute pet dog instead.

And that's it for two months of work on my Zelda thingy. I'm currently in the middle of a tile and map making blitz, in between getting caught up in the city of heroes thing. Hopefully I have more substantial stuff to show off in the future. I'm still feeling worn out so I'm sliding back in and doing little bits of work here and there (and some for other people)